Trans-catheter ablation of atrial fibrillation (AF) is a common treatment for symptomatic AF. Among the major complications of AF ablation are stroke, transient ischemic attacks and peri-procedural cardiac tamponade. Various clinical trials have shown that uninterrupted treatment with vitamin K antagonists (VKA) is associated with a lower incidence of embolic events compared to discontinuation of therapy; until recently, in the absence of equally solid evidence, this practice was not extended to the new oral anticoagulants (NOAC) not VKA due to the fear of hemorrhagic complications potentially associated with the use of an "irreversible" anticoagulant. The case of a patient suffering from numerous comorbidities is reported here. In light of the poor response to anti-arrhythmics, a TC-RF ablation was performed, with suspension of dabigatran administration only on the day of the procedure (for a total period <24 hours). Although the fear of the risk of bleeding potentially associated with the trans-catheter ablation procedure may still induce clinicians to stop anticoagulant therapy, even the decision to discontinue anticoagulant therapy with dabigatran on the day of surgery alone is challenged by recent evidence in the literature supporting the efficacy of dabigatran in reducing the incidence of hemorrhagic events during and after ablation, including the results of the RE-CIRCUIT study (Cardiology)

This work is licensed under a Creative Commons Attribution-NonCommercial-NoDerivatives 4.0 International License.

Authors contributing to AboutOpen agree to publish their articles under the Creative Commons NonCommercial 4.0 International License (CC BY-NC 4.0), which allows third parties to copy and redistribute the material providing appropriate credit and a link to the license but does not allow to use the material for commercial purposes and to use the material if it has been remixed, transformed or built upon. 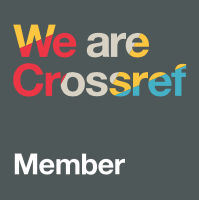